The first Jewish settlers came to Galesburg in 1855, less than 20 years after the city’s founding in 1837. On January 3, 1867, thirteen pioneers convened to organize a congregation and to “engage a minister of Reformed principles.” Later that year, Mr. Levi Rosenblatt from Elmira, N.Y., was engaged as “Chasan, Teacher and Schochet.” In addition to organizing a house of worship and study, the leadership of Galesburg’s Jewish community established a congregational burial ground and founded a Jewish Cemetery Association in 1895.

This first Reform congregation did not persist, presumably because the number of members was too small to sustain a permanent rabbi. In 1907, a new organization, the “Sons of Judah,” was organized. This group met in the Universalist Church, with services led by a Reform rabbi from Peoria. In 1915, the more traditional among Galesburg Jewry organized an Orthodox congregation, “Ohav Zedek,” which met in the Oddfellows Hall on Main Street. (The congregation’s telephone number was listed as “A. Schul”!) The two congregations worked cooperatively in many ways, with men belonging to the Hart E. Bondi B’nai Brith Lodge, founded in 1939, and the women to the Sinai Sisterhood, founded in 1945. A joint religious school was organized.

In 1953, the two congregations decided to merge to establish a permanent home for the Galesburg Jewish community. The congregation would be Reform in its formal affiliation, but would carefully structure its forms of worship to be responsive to the needs of both its Reform and Orthodox members. Ground was broken in September 1955 and Temple Sholom was dedicated in 1958. In 1962, the building’s debt was retired, and the congregation gathered happily to burn the mortgage. Temple Sholom is a visible mark of the community’s stature in the city. The community has since celebrated our 125th and 150th anniversaries (1992 and 2017) as an organized Jewish congregation in Galesburg with events open to the public. In 2017, the congregation was instrumental in the foundation of a new community organization, United Against Hate.

Interview with some of Temple Sholom's founders (1989) 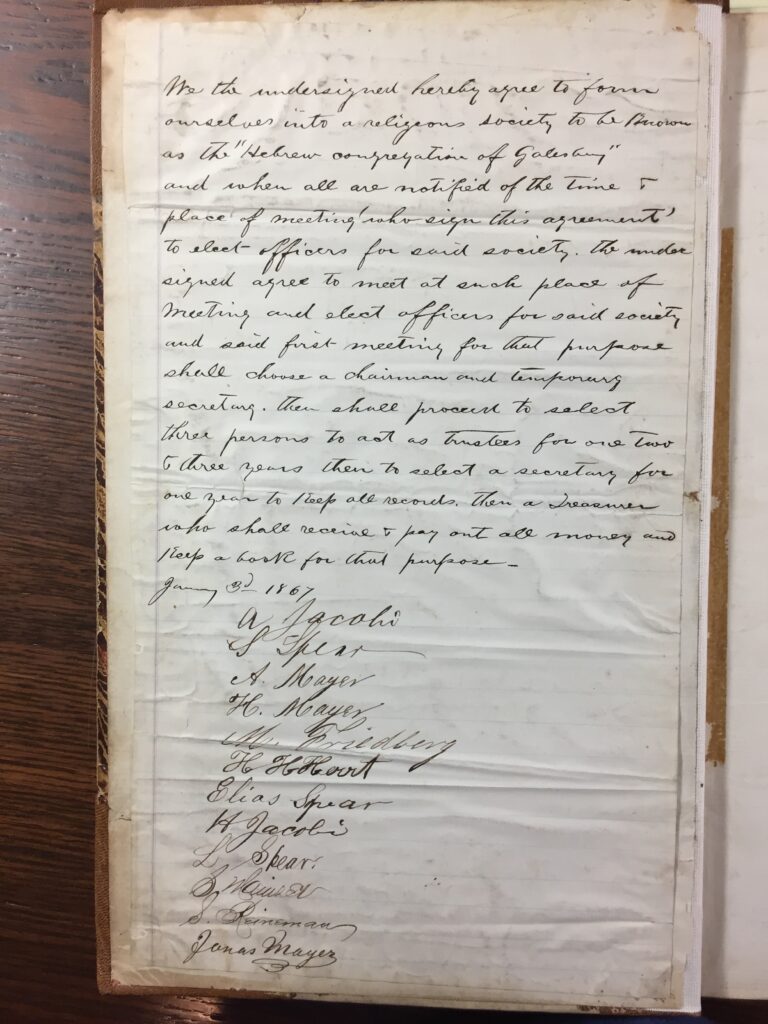 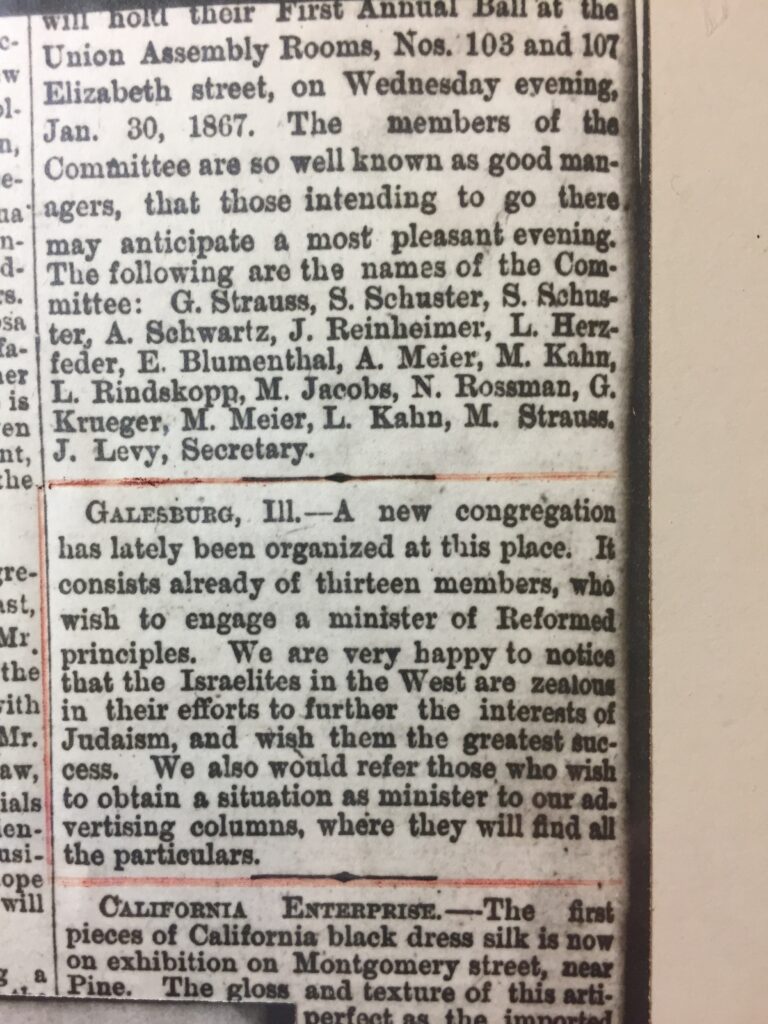 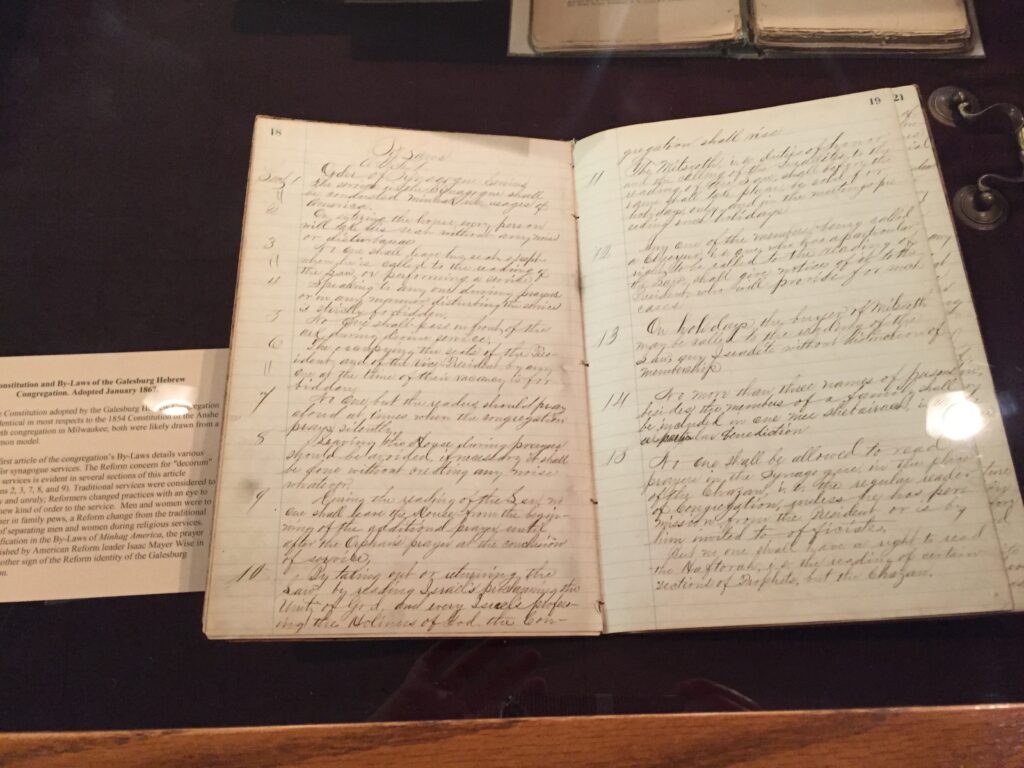 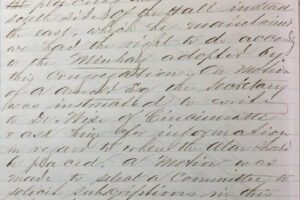 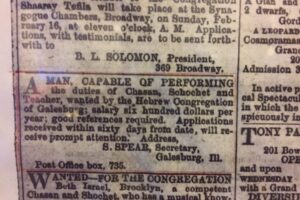